I’m hoping there is a solution to this problem that doesn’t involve a rebuild.

I have FreeNas 11.3 with 2 disks in mirror layout. One disk degraded and i detached/exported it then added a new replacement disk via Storage/Pools/Options Cog/Extend. When in Extend screen, adding the disk to vdev it only offered “stripe” as the layout and now i can see in Storage screen that the available storage has increased by the size of the new disk. This is the concern as i expected resilvering process to include the new disk into a mirror layout and the available storage to show the new disk has mirrored the data on the existing disk. I can’t see anywhere in the UI that tells me what layout the disks are in, or how to make the new disk mirror the data.

…which turned your disk into a single-disk pool.

I can’t see anywhere in the UI that tells me what layout the disks are in,

That would be the Pool Status page, which you had to have found in order to detach the failed disk. Here’s how you get there: 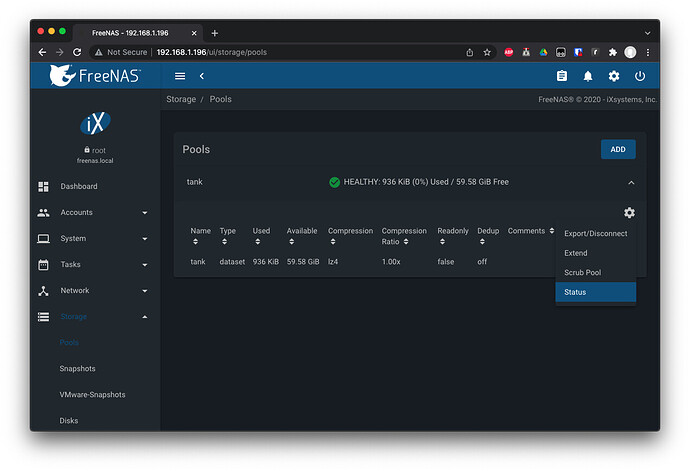 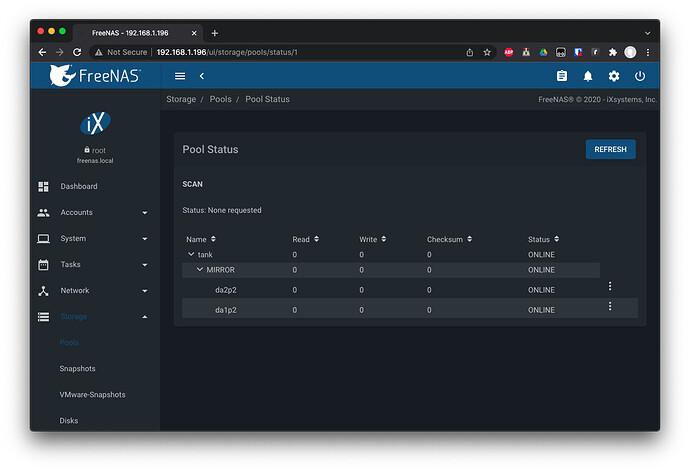 What you should have done first was offline the bad disk, rather than detach it. It’s still done at the pool status page: 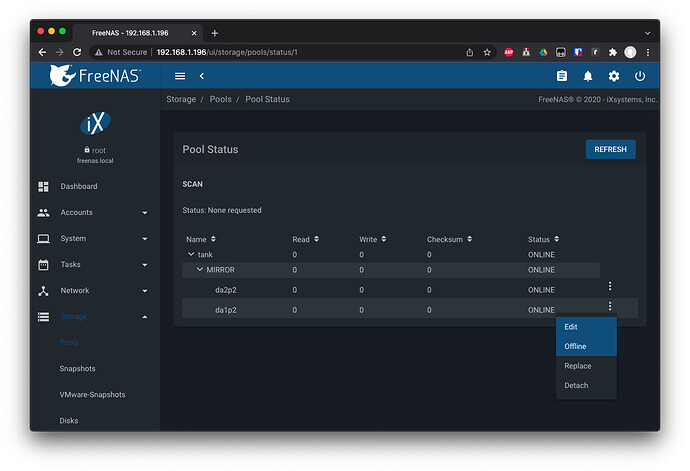 Once it’s offline (and its replacement installed, if necessary), still from the pool status page, replace the disk: 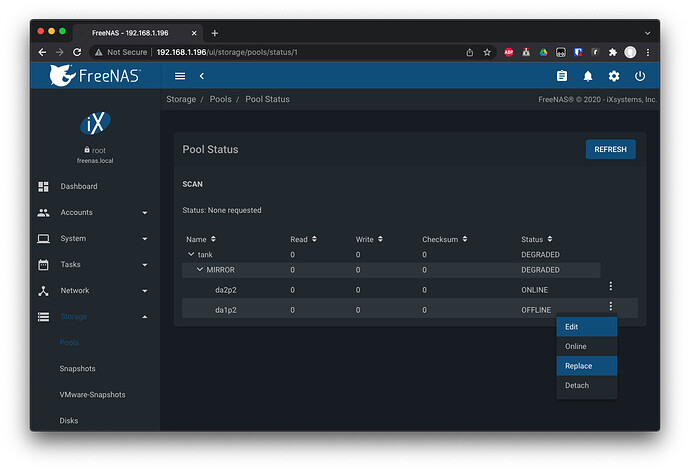 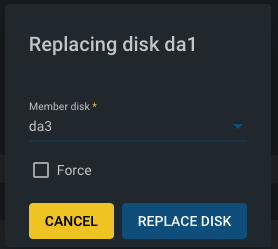 But you didn’t do that. As a result, as you suspect, your pool now consists of two disks striped, with no redundancy–when one of those disks fails, you’ll lose your pool. And you can’t fix it with 11.3. You can, however, fix it in TrueNAS 12.0 by removing the newly-added disk from the pool, and then adding it as a mirror of the other disk. This can all be done in the GUI of 12.0, but it isn’t possible in 11.3.

Thanks Dan, I suspected that was the case after I detached the degraded disk. I don’t see any updates in the GUI for later versions of Freenas/Truenas. Is that a potential hardware spec limitation or do I need to build Truenas 12 from scratch?

You’ll need to set the update train to TrueNAS-12.0-stable: 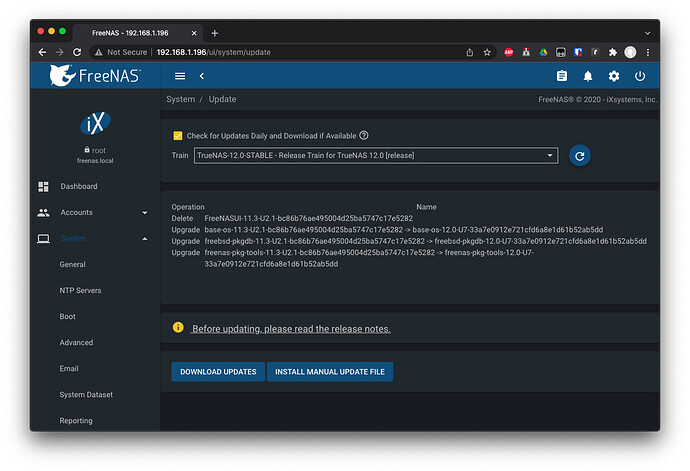 I’m now on TrueNas 12.0 train and in Pools/Status but not seeing options to detach/remove the new disk. The closest is to “Offline” the disk but it just throws up the following error message… “[EZFS_NOREPLICAS] no valid replicas”.

Do you know how I go about detaching and then adding the new disk into Mirror please? 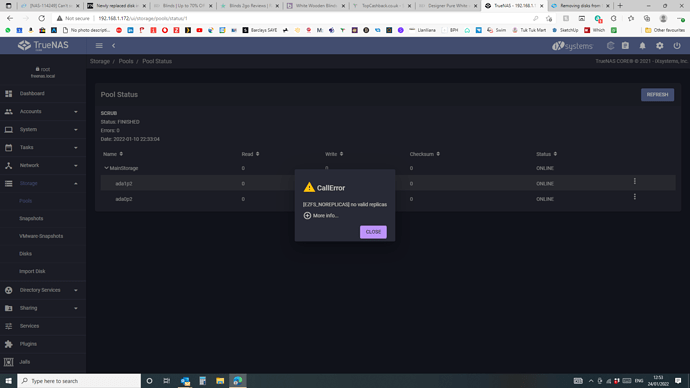 Please could you take a look at my previous question on this post as I can’t find a way around this error message to remove the ew drive to then reattach in mirror?

Thanks again for your help, it’s greatly appreciated.

Hmmm. I know the option is there in 12.0; perhaps it only shows up when your pool is mirrors rather than single disks. So in that case, you’re going to need to do it from the CLI. So let’s suppose I want to remove da2 from my pool. First, I need to find the gptid for da2:

Then run zpool remove with that gptid:

Once it completes, go back to the pool status page, click the kebab menu next to da1, and select extend: 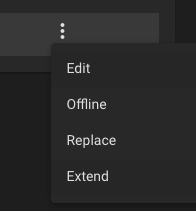 Select da2 as the new disk: 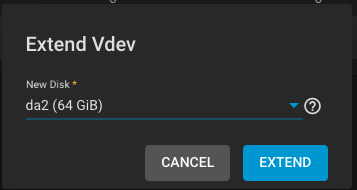 And then click Extend. The new disk will be added as a mirror: 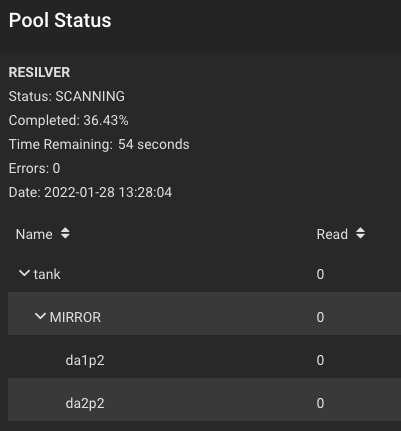 Thanks Dan, this has worked and mirror has re-silvered successfully. Thank you for your help!