I would like experienced freenas’rs to tell me their thoughts on the antec three hundred two as a nas case intended for 10 6TB drives running raidz3. It seemed like a good deal. I have a “3 5.25 to 5 3.5” HD" insert for the 3 5.25 slots giving a total of 11 slots with 10 filled and the 11th as a spare. The new drives are 7200rpm so I wanted a case with plenty of ventilation which this seems to offer.

I’d also be interested in the pro/con’s of using a small 128 GB ssd vs a usb drive since the case has a mount and I have another sata card.

To the last question first, USB sticks have been discouraged as boot devices since the release of FreeNAS 9.3–with that release, the boot device became a live ZFS pool, resulting in USB sticks dying quite frequently. Some users have had good lifespans with them, but they die much faster than they used to. Thus, a SSD is going to be the better way to go. Yes, 128 GB is overkill, but it allows plenty of space for wear leveling, and they’re cheap.

Now, to the case. I don’t have any experience with it, but like you, I’d be concerned about cooling. Unlike you, I wouldn’t be confident they had it taken care of, but again, that’s more a gut feeling than anything else–when you’re stacking drives together like that, you need forced-air cooling. My preference for large numbers of drives is a used rack-mount chassis, generally from Supermicro; you can often even get them as complete servers for a pretty small cost delta. Here’s a nice clean-looking 2U, 12-bay chassis: 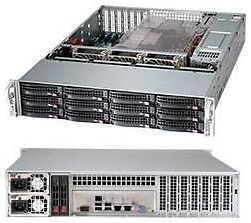 Find many great new & used options and get the best deals for Supermicro Superchassis Cse-826be16-r920lpb 920w 2u Rackmount Server Chassis (bl at the best online prices at eBay! Free shipping for many products!

It comes with a SAS expander backplane, so a single SAS controller will handle all the bays without a problem. Dual redundant 920-watt “quiet” power supplies, too. But shipping makes it a more expensive proposition.

Find many great new & used options and get the best deals for Supermicro Xeon LGA 2011/Socket R, Intel Motherboard at the best online prices at eBay! Free shipping for many products!

Replace the RAID controller with a HBA, and you’re set with plenty of CPU and RAM for any reasonable use case.

This might be better yet. Again, you’d want a HBA rather than a RAID controller, but it’s the updated chassis with the two rear-mount 2.5" bays, and it has the SAS expander backplane the one above doesn’t. Just add CPU(s) and RAM: 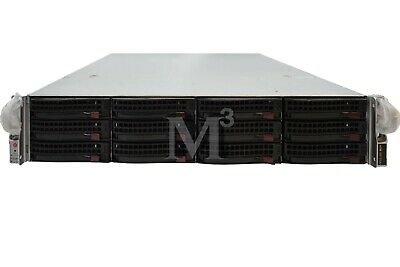 All of those recommendations aside, if you decide to use the 302, keep an eye on disk temps. Free/TrueNAS will alert you if those go out of bounds, so make sure you have that set up.

Thanks for taking the time to provide your thoughts. I appreciate it!

I opted to go with the 302 case because in addition to the 140mm top mount exhaust and the 120mm rear exhaust it has 3 optional 120mm fan mounts…two directly in front of the 6 drives that blow air across the drives and one that mounts on the side…the power supply fan mount actually has an external dust filter. I think having the two 120mm fans blowing directly across the hd’s will be sufficient forced air and the 3 5.25 slots to 5 3.5" hd adapter I have uses a fan in the rear to pull air through with holes in the front door to provide airflow to those drives. It will also be close to the 140mm exhaust fan which should provide additional pull.